The pace at which smartphones and other mobile devices are coming to define how we interact and communicate is amazing. We have noted it before and we see the impact intensifying where ever we look.

But, using smartphones has the potential for fundamentally changing military culture.   Individual soldiers on the battlefield can receive real-time intelligence unmediated by the traditional chain of command.  Each soldier can know immediately the location of friendly forces as well as the enemy.  Information can be distributed instantly among all the soldiers in an area.  Hierarchies are flattened and communication is effectively two-way. 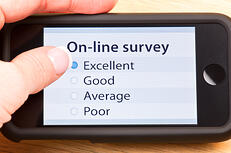 So we are wiring the building in anticipation of finding ways to make it work over time."

We all know that the march of mobile communications will change fundamentally how we conduct research, but these stories suggest how significant that change can be.

To be successful in the future, to be able to hear the voices of consumers in all their tones and timbres, we will need to adjust our ears to the new reality.  In fact, we are likely to become more listeners and collaborators and less askers and analyzers.  As the Seattle theater director said, we have to find “ways to make it work.”